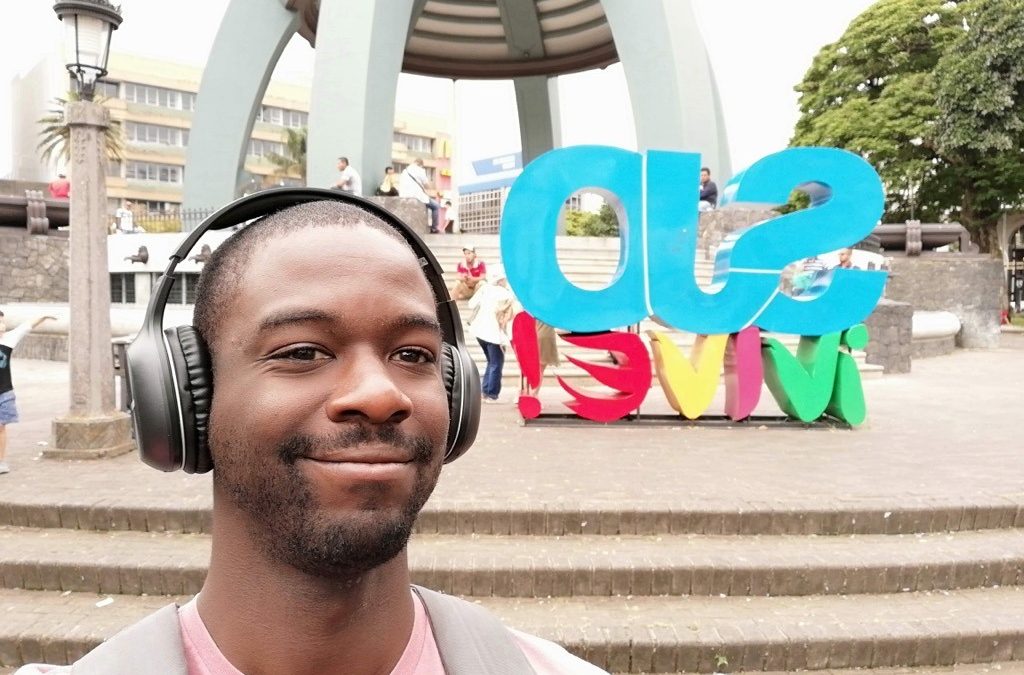 Brandon here writing my first blog for Floppy Hat Adventures! And what better time since it’s been a year since I’ve arrived in Costa Rica. I can’t believe it. Coming here was one of the best decisions of my life. I love it here so much because the people that live here have a huge sense of pride in their country; you can tell by how clean the country is, and by how much the President cares about the people here.

Where else do you see people that are from the country wearing shirts with their country name on them? We love everything about this country from the rain forest in the central mountains to the humid Caribbean coast and to the drier western coast; this country offers everything you need as far as natural beauty is concerned. But let me back up. How did we get here?

Getting to Our New Home 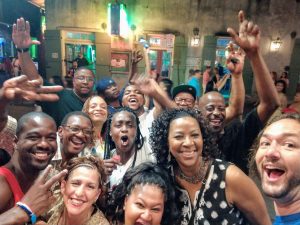 So, there we were, the end of July 2019, giving each other a hug and kiss because I was headed to Costa Rica three weeks ahead of William. We had just returned to the United States for a visit and family reunion after completing our 2.5-year, 29 country journey across the world. Now, we were set to begin a new life in Costa Rica. As William would say, after a couple of years in a different bed every 30 – 45 days, we were ready to sit still for a while.

But first, William had a humanitarian trip planned in Guatemala with an awesome organization called Guatemalan Humanitarian Tours. Guatemalan Humanitarian Tours is a non-profit organization that does great work improving the lives of the people of Guatemala through education and employment opportunities. Check them out by clicking or tapping here. So, while William went to Guatemala, I was getting ready to head to Costa Rica to check into our apartment in San Jose. Amazing it was a year ago this month.

Before I continue, it is important to note that when you fly to Costa Rica, you MUST have proof of a ticket out of the country within 90 days of arrival, or else the country will not allow you to get on the flight. I found that out the hard way after trying to board. I had to quickly buy a ticket to Guatemala for 90 days later when we would have to do our first Visa run.

Good thing I decided to get to the airport three hours early in case anything like this were to happen. The counter attendant waited for my flight to show up in their system before even speaking to me again. I actually ended up getting an amazing trip to Guatemala out of it for less than $100 round trip since I would have to do a Visa run in 90 days anyway. And I got free room and board with connections that William had already made while he was there. Everything happens for a reason!

Welcome to the Pura Vida

Our initial plan for staying in Costa Rica was to stay for about six months and see how we liked it, then possibly moving on and continuing to travel. We started at a long-term Airbnb rental in the Tibás neighborhood, which is an every-day middle-ish class neighborhood about a ten-minute drive north of downtown.

Being in a local neighborhood meant that I was forced to practice my Spanish. San José isn’t the most beautiful city, but it has a lot of character. Cool museums, interesting history, and surprising a huge LGBTQIA+ community. There are literally like 10-15 gay or accepting bars/clubs in town with a few opening while we lived there.

We ended up living in San Jose for two months. While many native Costa Ricans don’t particularly like their capital city, we found it had a lot of charm and we really enjoyed our time there.

For our last week in San José, we had a visit from our friends Robert & Eric from the Portland area. We said hasta luego to our apartment, rented an SUV, and stayed in a beautiful Airbnb in Ohochal, Costa Rica on the Pacific Coast. We had some great food, played lots of games, drank, and spent a lot of time in the pool. We also had an amazing experience on a whale watching tour out of Parque Marino Ballena in Uvita. After the festivities, we dropped them back in San Jose and headed to Puerto Viejo to begin the life we came here for: #thatbeachlife! 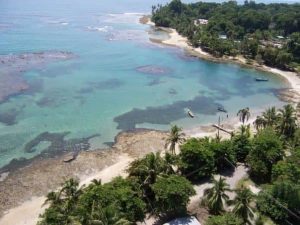 After a 5-hour bus ride, we arrived in Puerto Viejo and we were ready to relax and start putting down some roots in the place that we would be calling home. The first month we stayed in a little cabina in a neighboring pueblo called Cocles. This experience is just what we were looking for. It was right in the middle of the jungle, we were surrounded by papaya trees, coconut palms, a few families of monkeys, and every bird you can imagine. The only problem: there was no A/C. A membership to the co-working space in town was in short order after having William sweat through a couple of video calls.

The cabina experience was cool and all, but we were ready for some A/C. William says he needs it so he doesn’t sweat on work calls, but let’s face it, we are just spoiled. So, we moved into town where we would stay for the next seven months. Other than having A/C we moved in right next door our town’s most popular lady: Cleo.

Cleo is an 82-year-old American woman from Florida who built a company selling quality control software to hospitals. She built the company when that kind of stuff was brand new and she did it with no college education. She came here 8 years ago and ended up deciding to sell her controlling share to her partners because she felt this place was calling her to stay. Everyone knows and loves Cleo, so you know we befriended her quickly. She invites us out to dinner where restaurants have separate rooms or areas with special menus just for her. William says he feels like a town celebrity. She has taught us so many things about the history of the area, some of the best hiking paths, who to talk to, and who not to talk to. It has been a great pleasure getting to know her.

Prior to the pandemic, every ninety days non-citizens were required to leave the country for what we call a “border run.” The first six-nine months of our life here were marked with a few of these. I took that solo trip to Guatemala that I had to buy that plane ticket for just to enter the country and William and I and friends have gone to Panamá multiple times. We also took a trip to Mexico and visited friends and family in the states during our time here.

Since living in Puerto Viejo, we have gained many friends here, and also from the places that we have traveled to. One of the best things about living here is the diversity. Not only ethnic and cultural diversity, but diversity in flora and fauna, and the fact that there is a vast jungle that runs right into the 30 kilometers (18 miles) of beach after beach.

Other than it being beautiful, Limón province is very diverse. About 16% of its population identify as being of Afro-Caribbean descent, 7% Indigenous, less than 1% Chinese, and nearly 75% consider themselves a mix of those races. It is awesome walking down the street and hearing Patois, then Spanish, then German, then English, then someone speaking French.

I can’t believe it’s already been a year! We had never planned on staying anywhere for more than three months, then we came here and said “maybe we’ll stay for six months.” We knew we loved it here, but we both still have the travel bug. William has always had it and I have really felt it more since we sold everything and started this life on the road. But are we even on the road anymore? Now in the middle of this pandemic, we wonder if we will ever leave.

Costa Rica has been doing its best to contain the pandemic. Although there is community spread, Costa Rica is standing out among its neighbors and is making advances in different therapies. We certainly feel safer here than we would in many other places in the world, including the U.S.

We were supposed to pack up and head to Thailand in October to begin traveling, but everything is up in the air. We will continue adventuring as best we can from where we are. And Costa Rica certainly is not a bad place to be.

We are super blessed and lucky to be in a place that we can grab fruit from trees and grab lobsters out of the sea and have a meal. While being here, it has been great sharing time with our friends Elle, Kristen, Dawn & Dale, Tu, and Josh and we hope that our parents get to experience our slow-paced way of life soon. Although our family trips here had to be canceled, we are optimistic things will open up soon and we will again be able to receive visitors. We want to share this beautiful place with the world and are so happy to be celebrating a year living here! 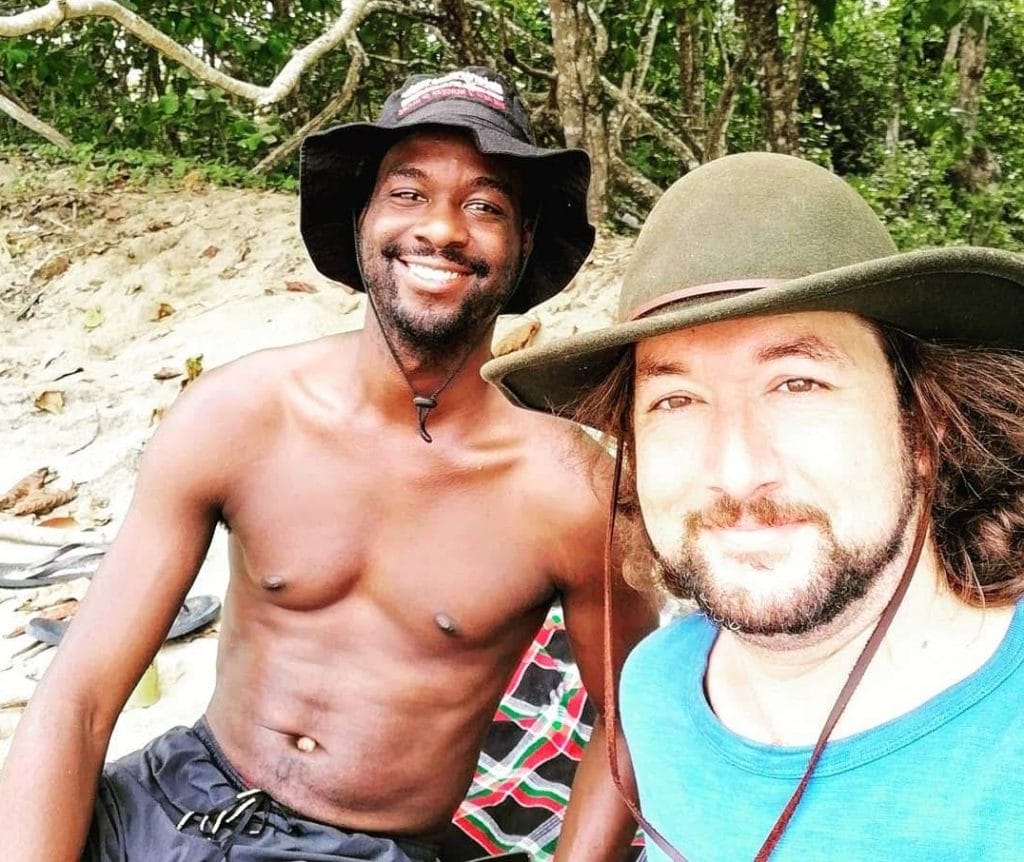